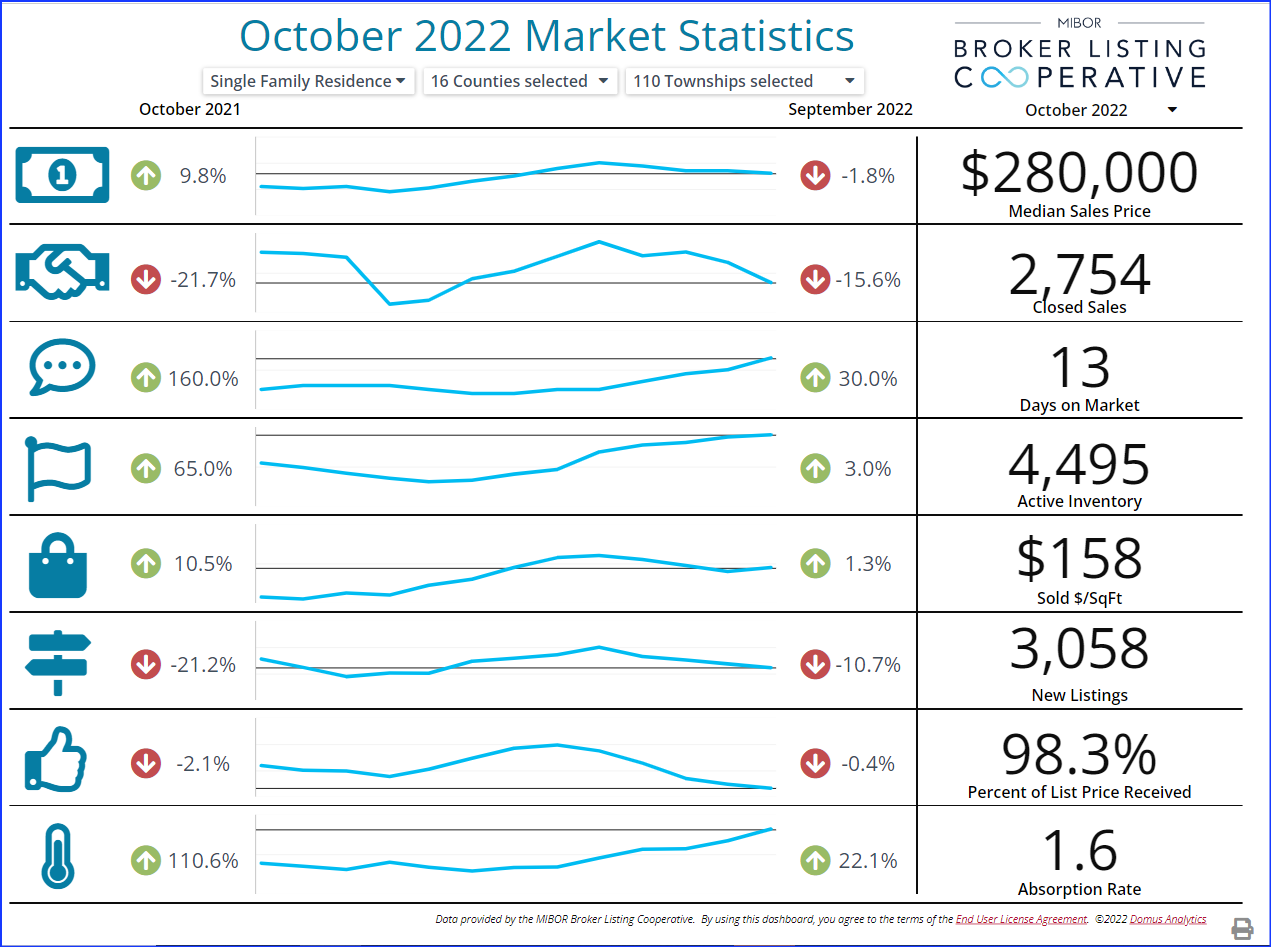 The latest housing market stats are here and wowza!

Take a look at the stats:

Clearly, the market is about to tank! Take cover! We're in for a storm! Gather the animals two-by-two and hop on this enormous ark...c'mon, we haven't much time! Whenever there is lots of hysteria--like the talking heads who are saying such things right now--it's always prudent to go back to the facts.

Let's take a look at the same stats over the past few years, before the pandemic hit and the housing market lost it's collective mind: Through 2017 to 2019, the absorption rate is actually higher than it is now; percentage of list price received is lower than now and more importantly, active inventory shrunk to half of what it was in 2017.

Read that again: active inventory is less than half of what it was this time in 2017, and has continued to shrink year-over-year since. I made that last part up, but if you're gonna panic, really panic. Don't hold back. Active inventory has increased over the past 24 months, but overall is still low and not nearly as close as we were pre-pandemic. At all. This doesn't mean the housing market will crash; it means things are starting to normalize...and it also means there aren't enough houses to go around.

This is the law of supply and demand in action.

We're in a scarcity market that ain't goin' away anytime soon. In fact, Lawrence Yun, Chief Economist for the National Association of Realtors, said as much in a recent NAR article:

"For most parts of the country, home prices are holding steady since available inventory is extremely low," Yun said. "Some places are experiencing price gains, while some places, most notably in California, are seeing prices pull back."

However, Yun noted that today's market conditions are fundamentally different than those experienced during the Great Recession.

"Housing inventory is about a quarter of what it was in 2008," Yun said. "Distressed property sales are almost non-existent, at just 2%, and nowhere near the 30% mark seen during the housing crash. Short sales are almost impossible because of the significant price appreciation of the last two years."

Remember, correlation is not causation--and just because someone repeats something over and over again doesn't make it true.

I mean, there's even a children's story 'bout this kind of thing.

With I Said What I Said Gratitude,

Drop me a line--happy to help!